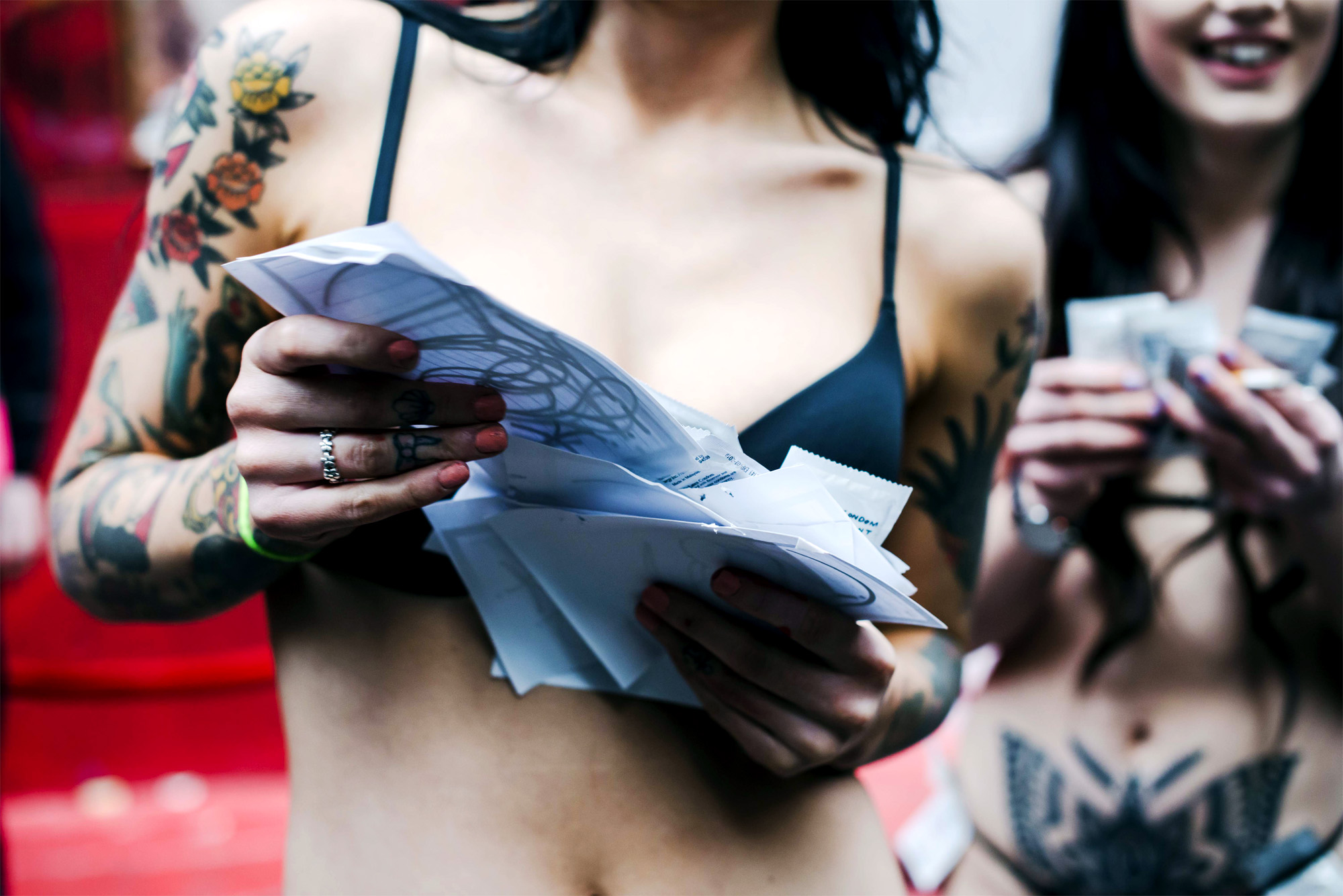 A month or so ago I got asked to cover this secret pop-up exhibition in Hosier lane, by the street artist Lush.
I had no idea what was going to happen, all I was told was that it would be a good show.

He had his homies paint a section red, put up a red VIP sectioning and then they hung artwork on the wall.
But not just any artwork, rad little creations with little figures and crude text.
So great. And then two dudes dressed as council officials came and pretended to buff over his work.
And then there were girls.

Well, see below.
These photos were featured on Acclaim Magazine Online, here. 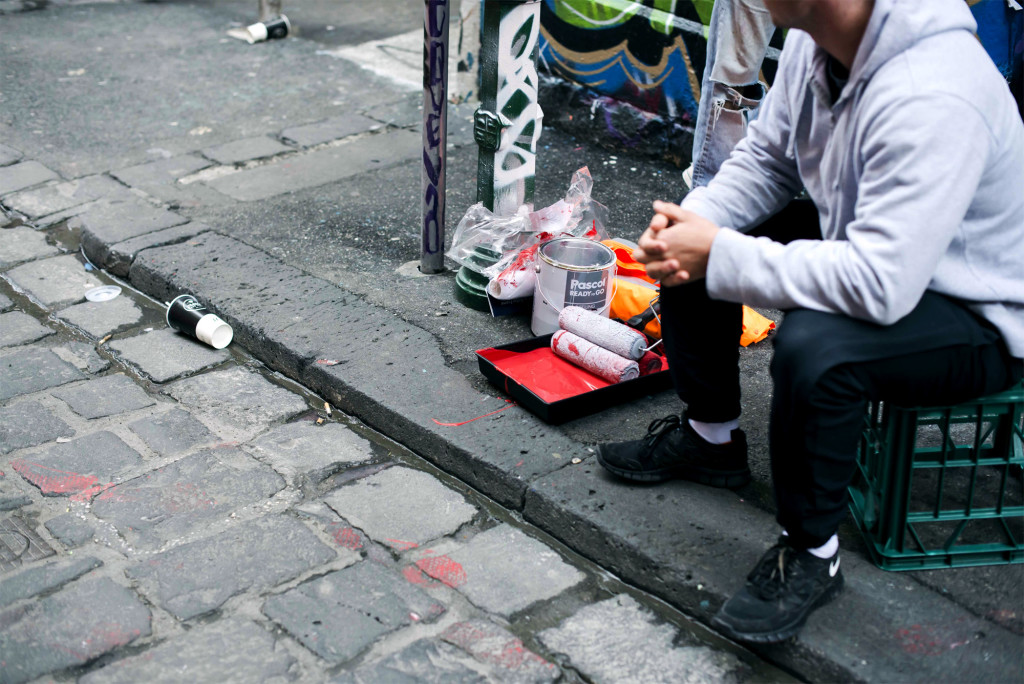 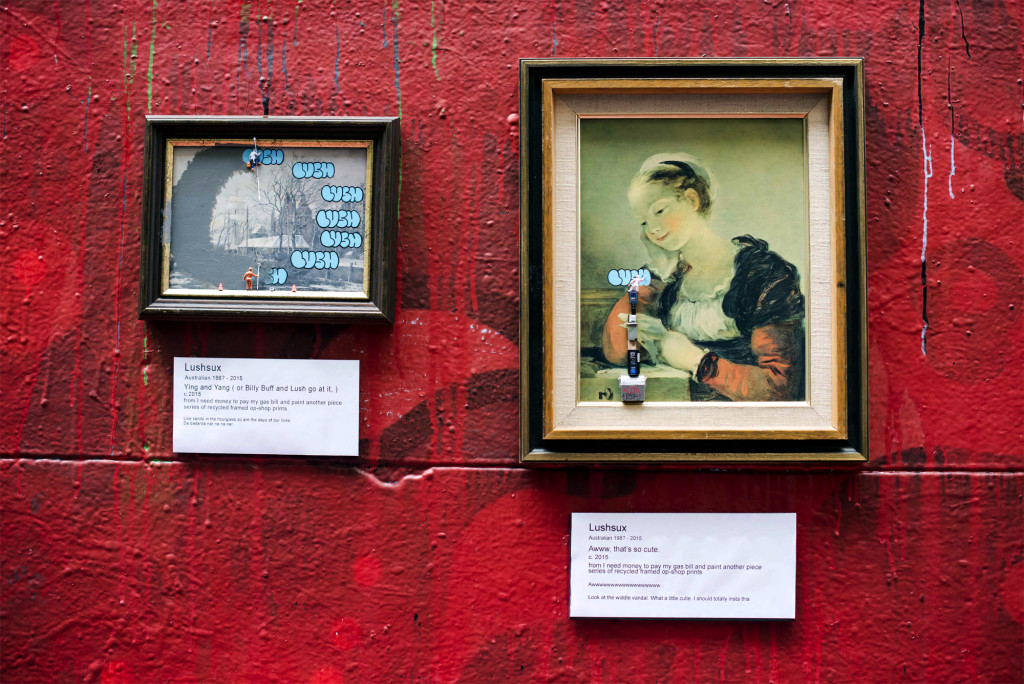 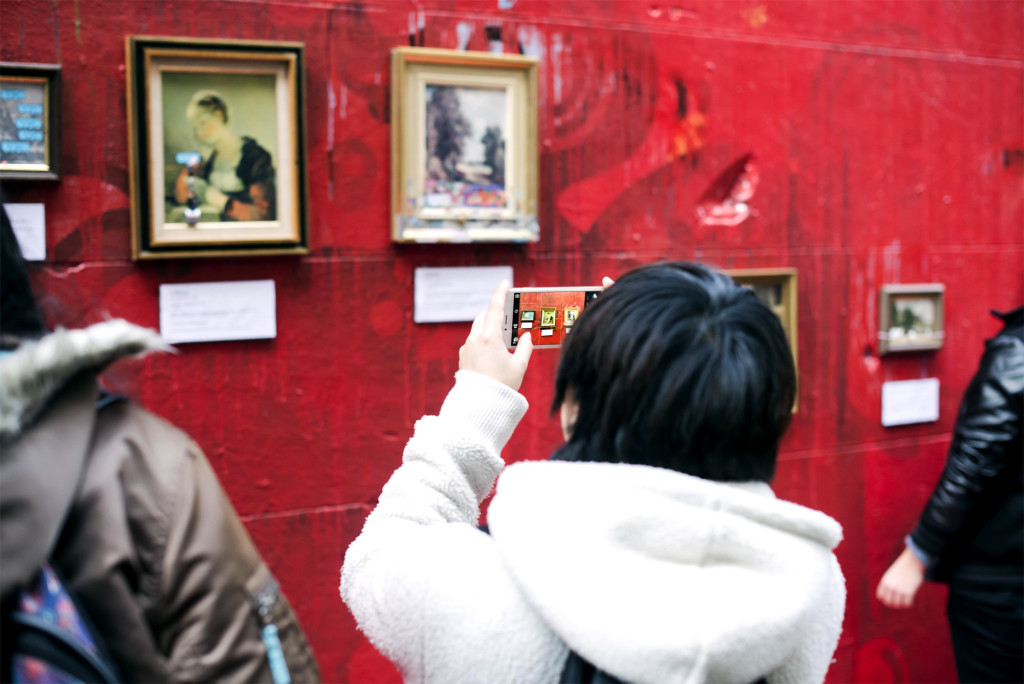 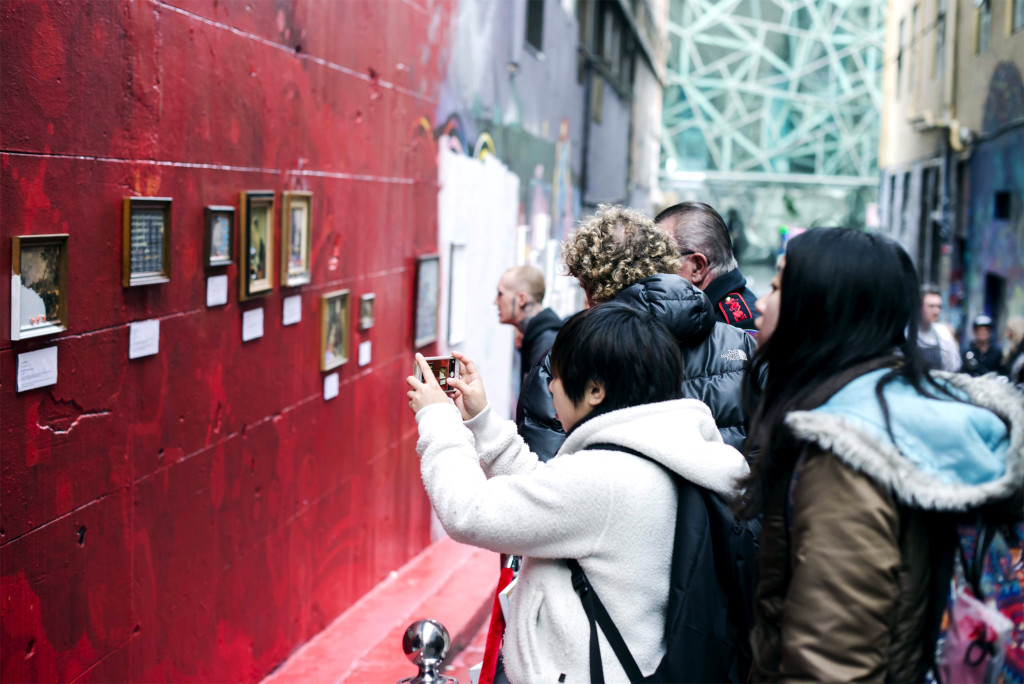 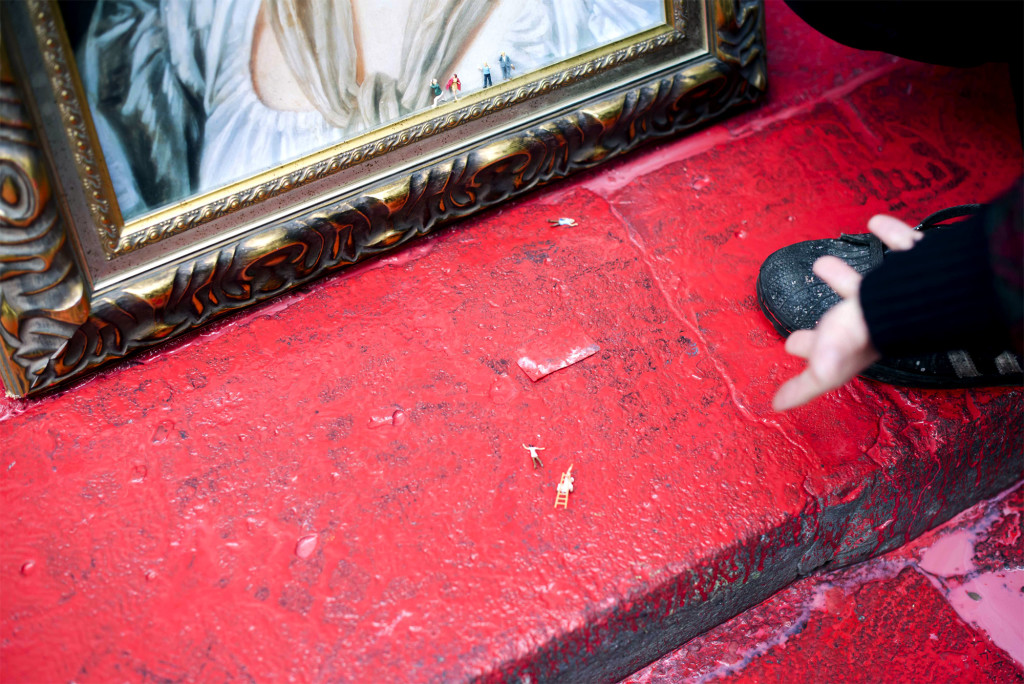 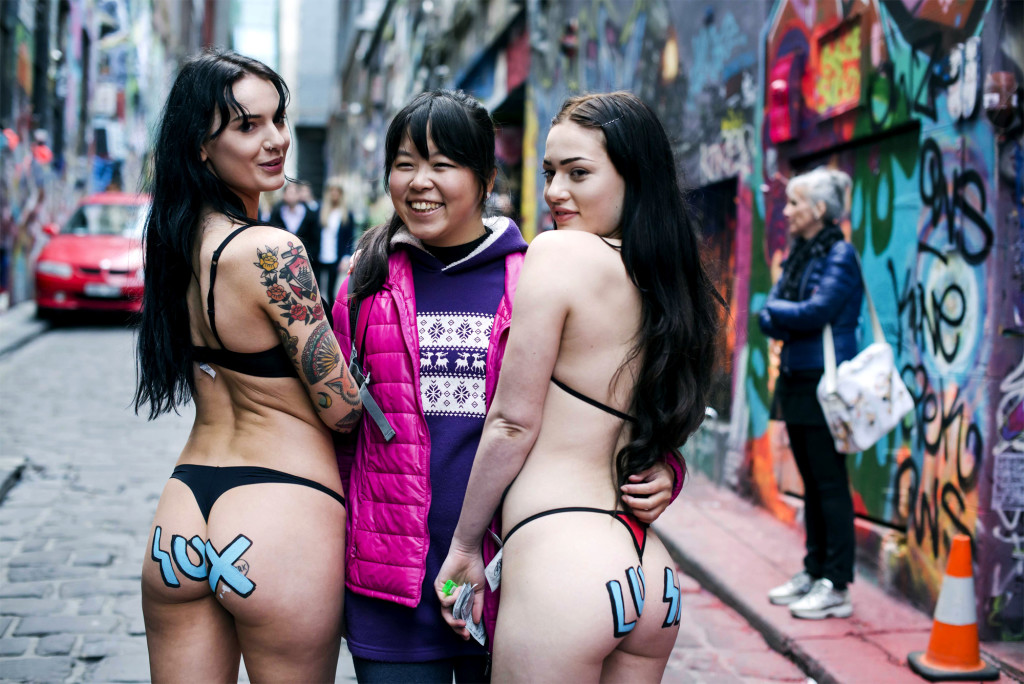 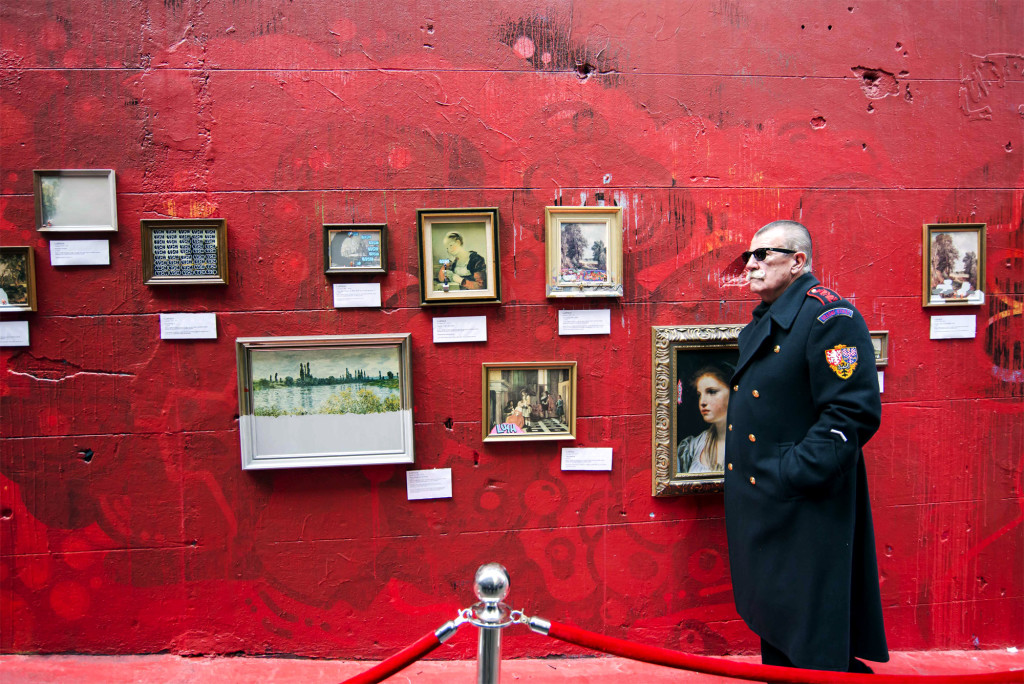 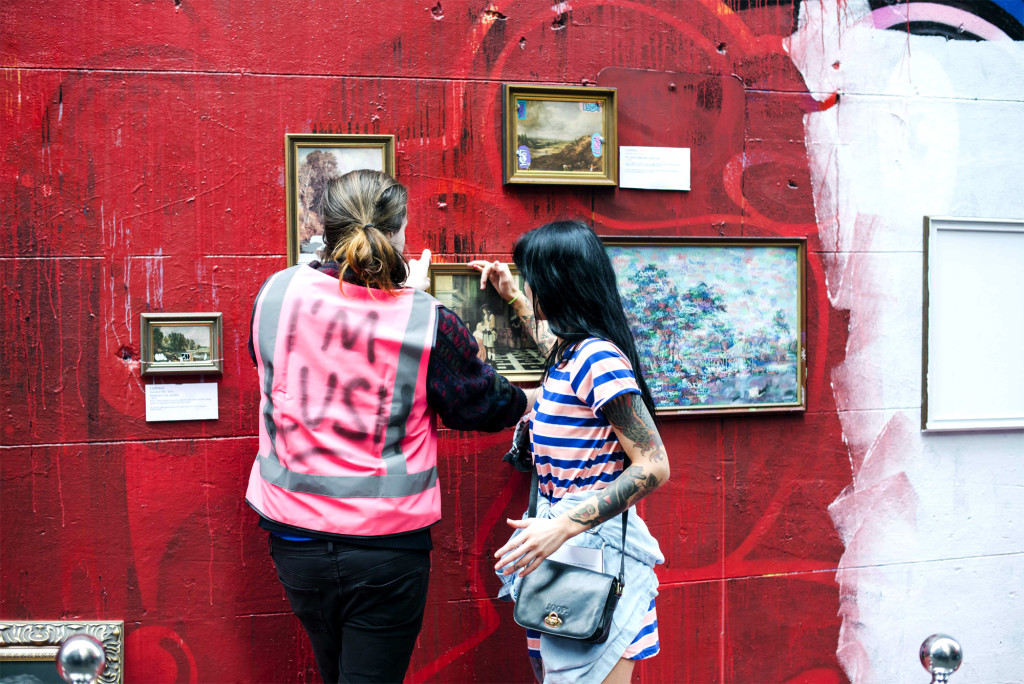 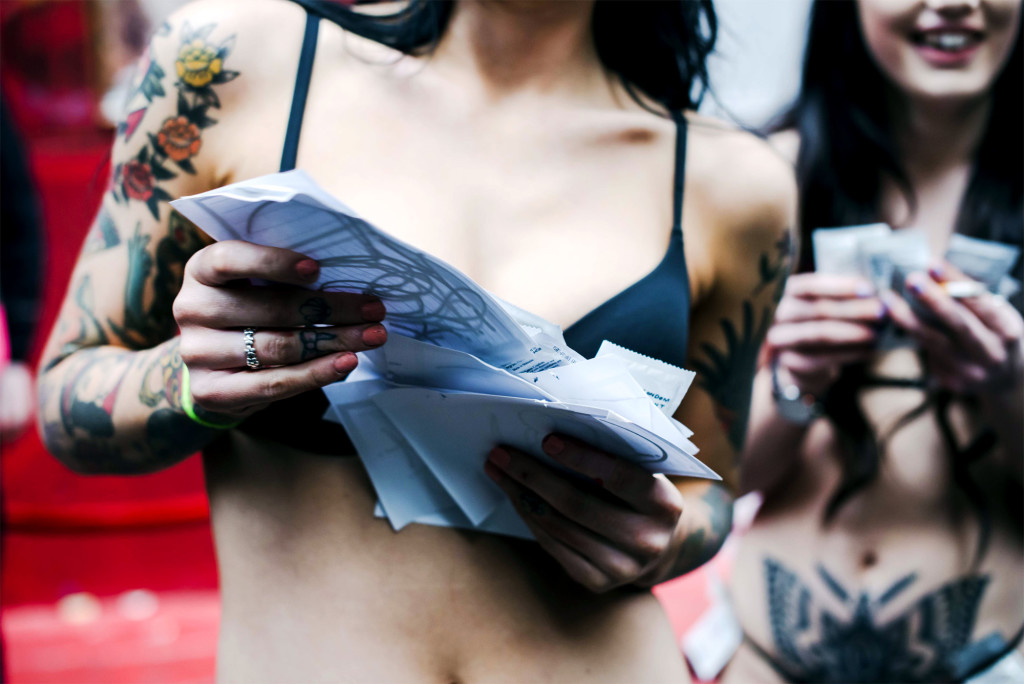 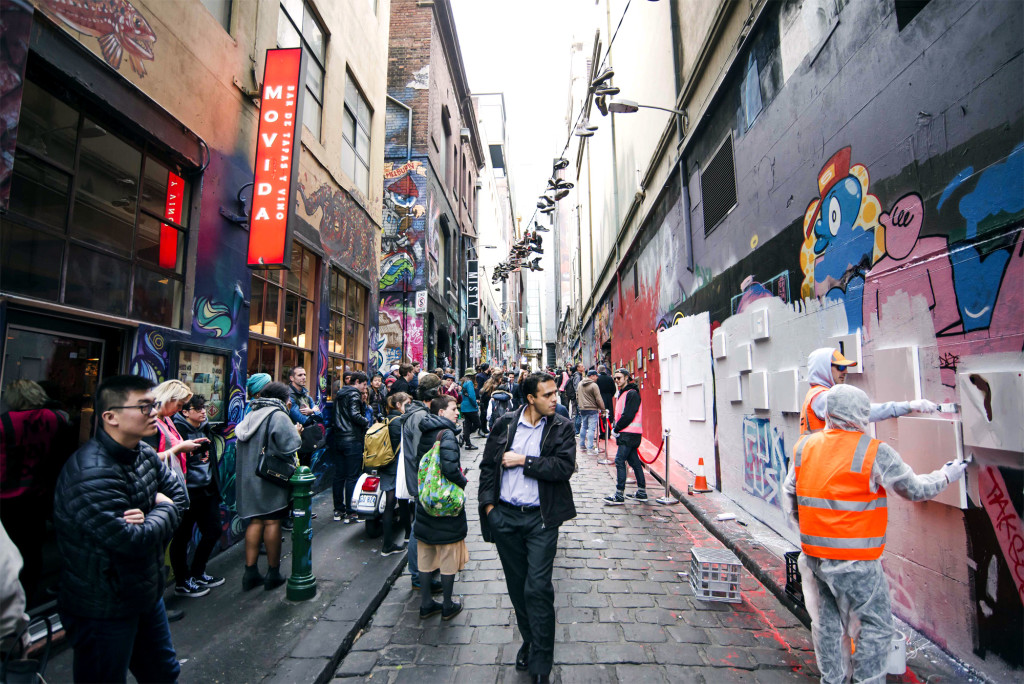 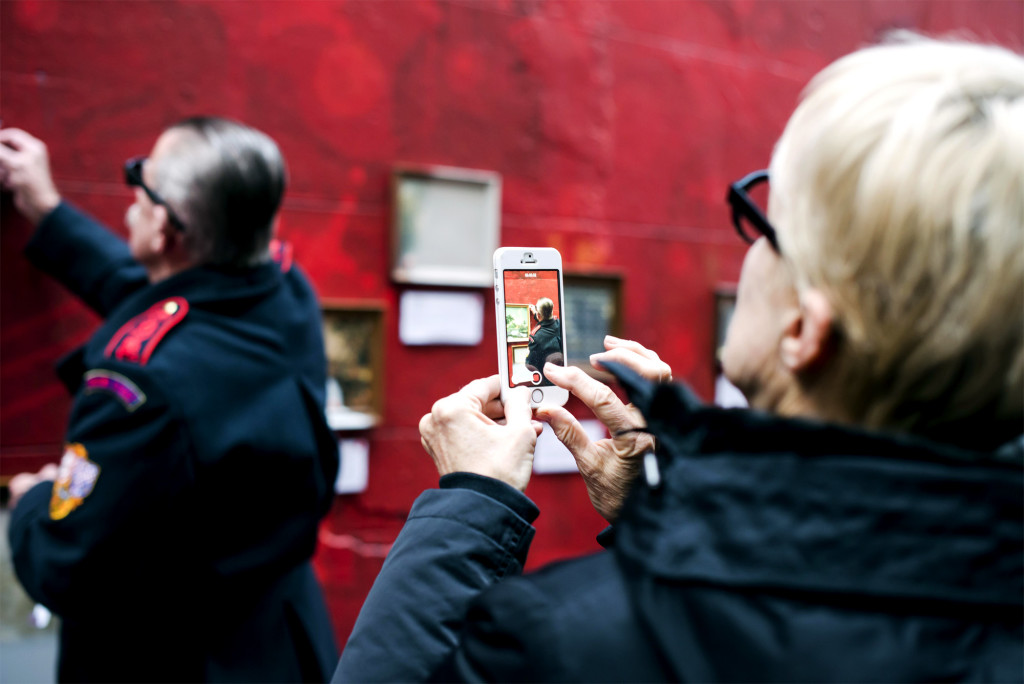 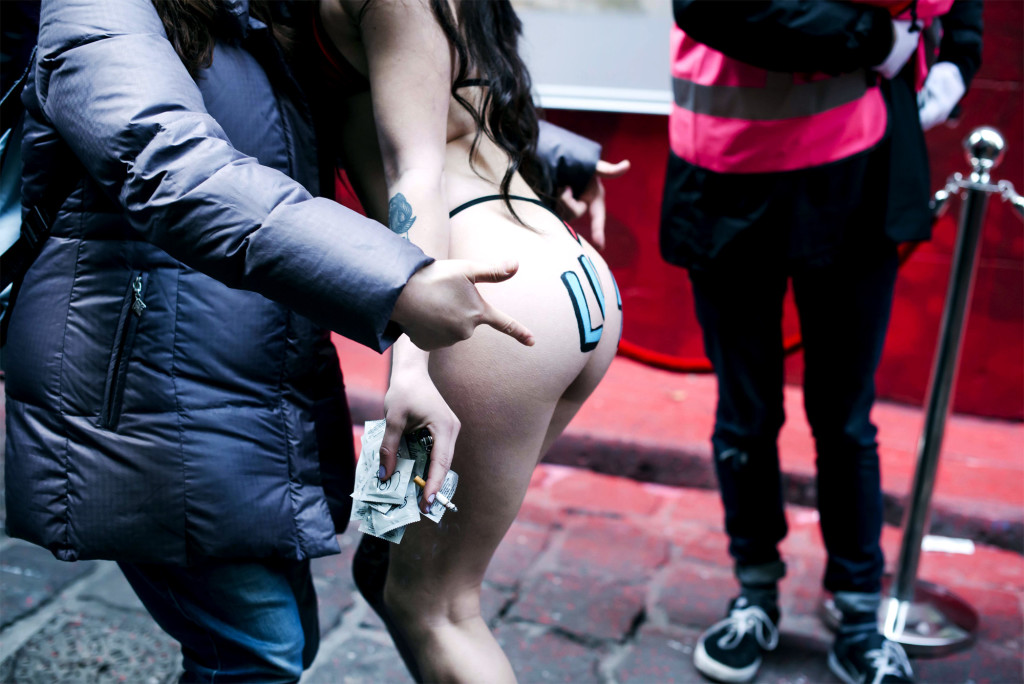 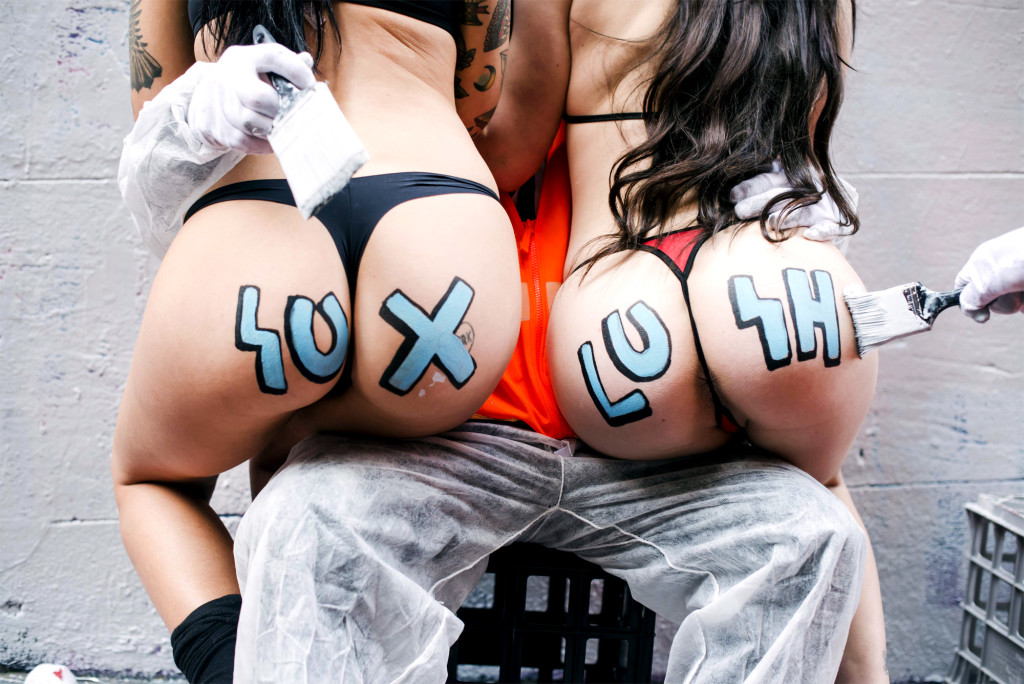 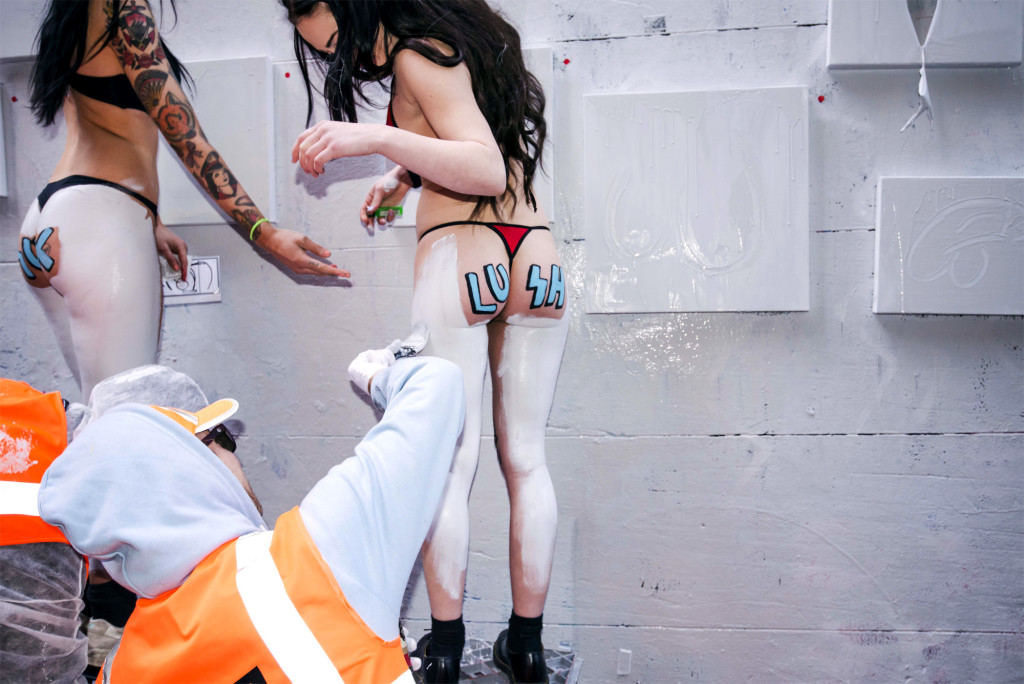 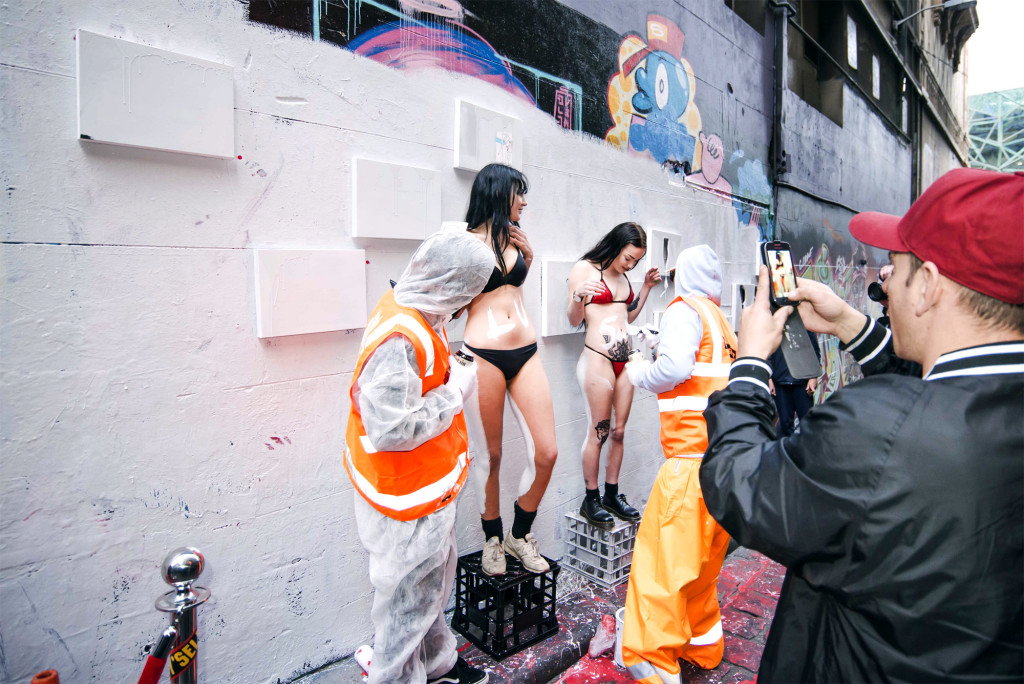 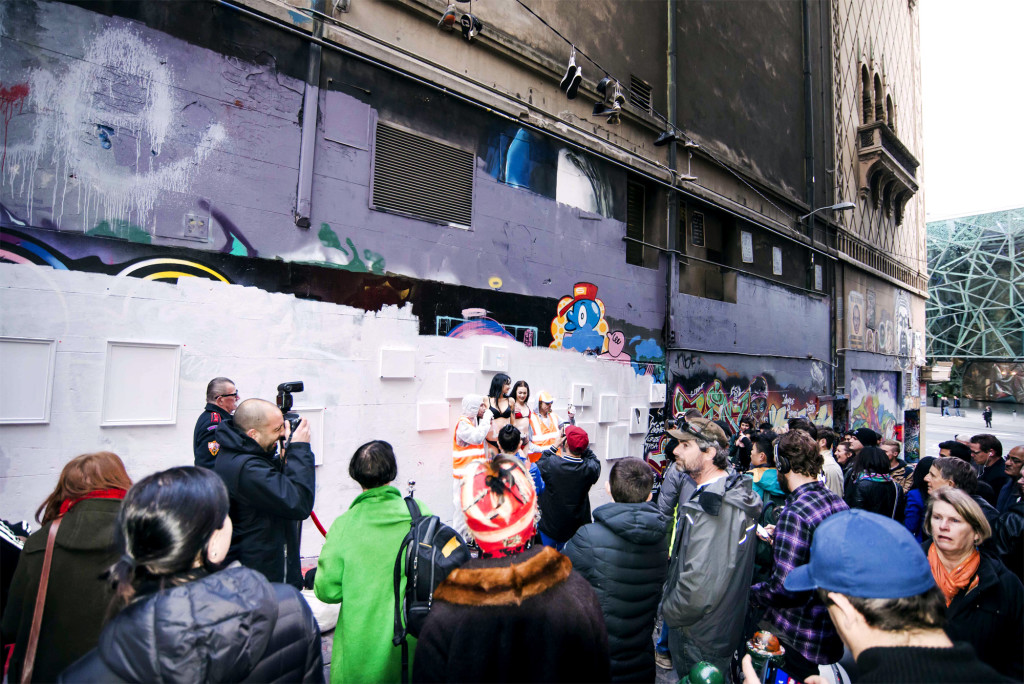 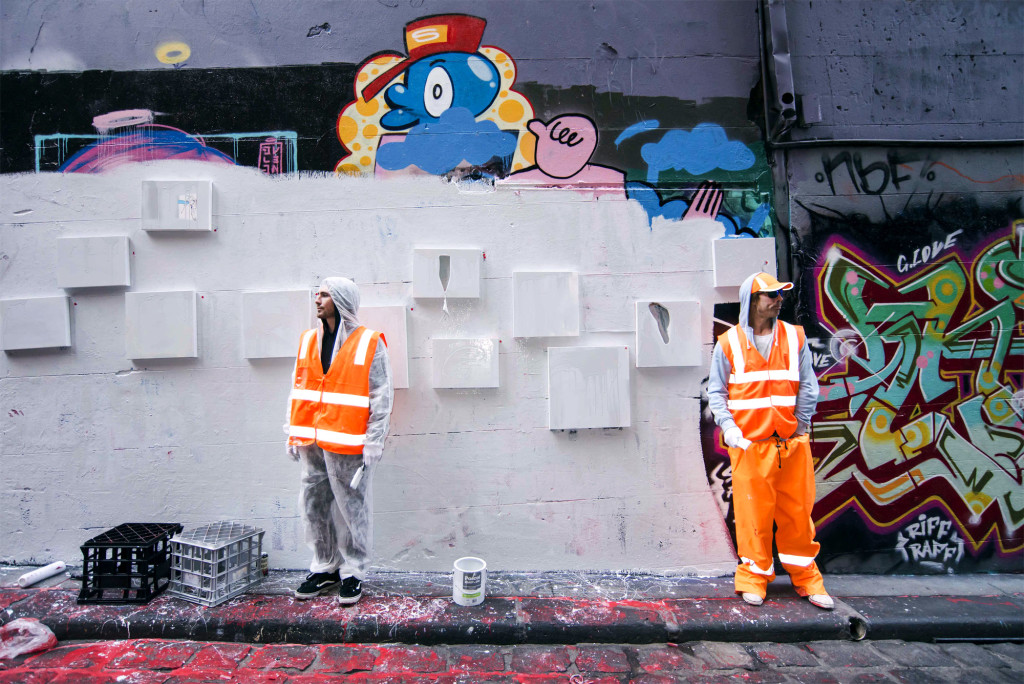 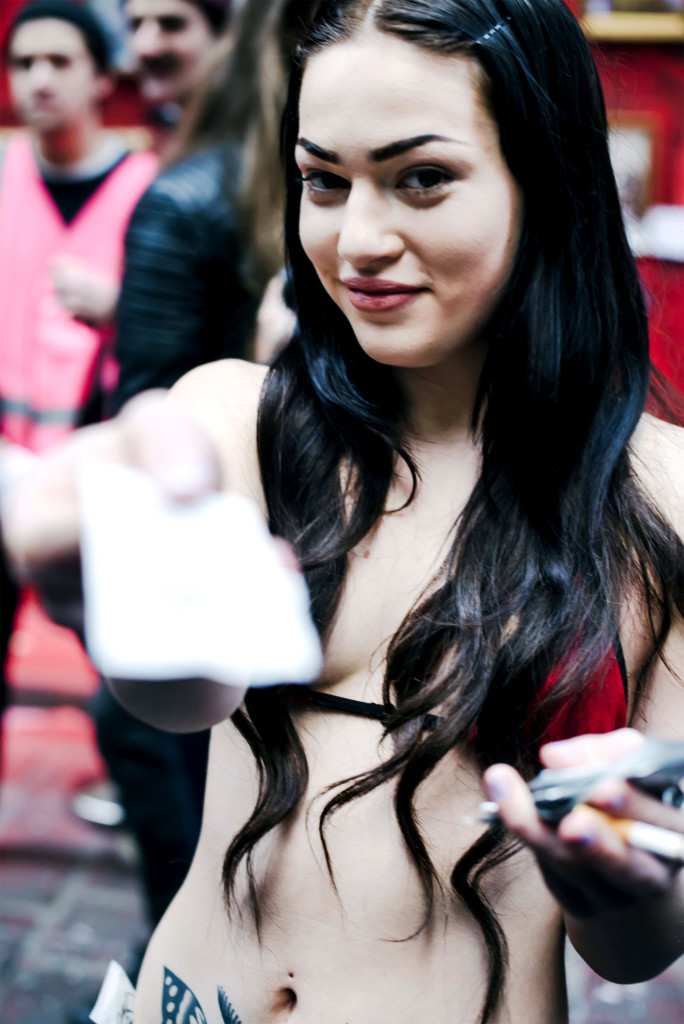 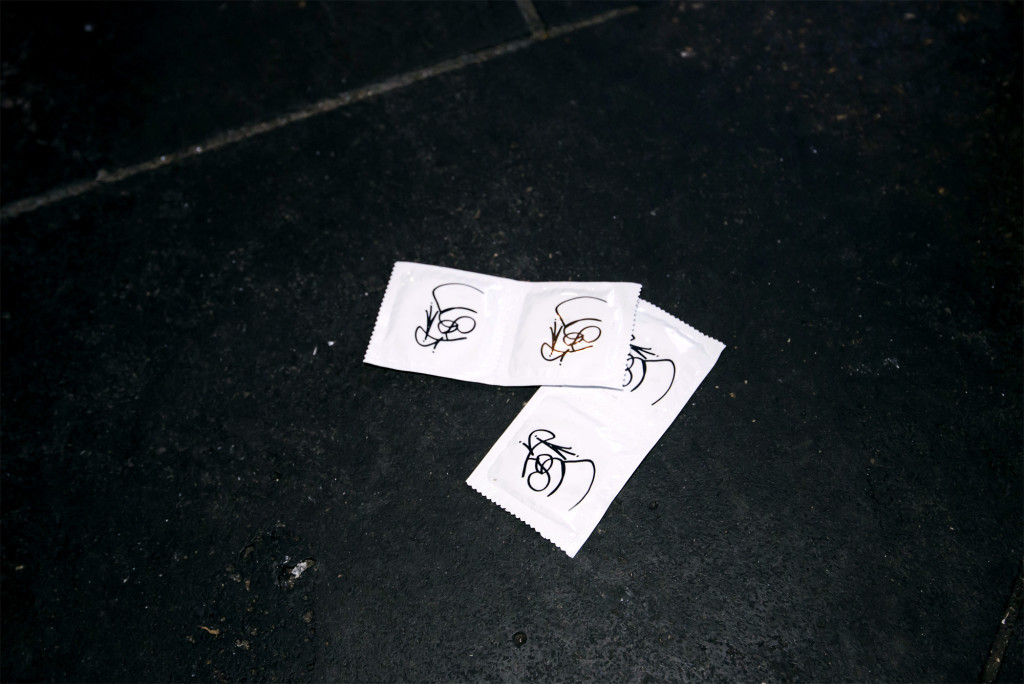